January 2021 — Professor Dermot Groome was invited to present his research to the Atrocity Study Prevention Group of the Stimson Center, a non-profit, non-partisan think tank devoted to international peace and security. Groome presented Victim Driven International Justice (VDIJ), his idea for an alternative justice mechanism that uncouples justice for the victims of serious international crimes from the geo-political forces that dictate whether the international community supports international justice in a particular instance. 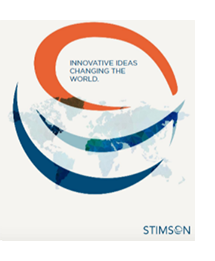 Recognizing the complacency of the international community towards international crimes committed in places like Syria and Myanmar, Professor Groome has been developing an alternative justice mechanism he calls Victim Driven International Justice (VDIJ). On January 14, 2021, he presented his idea to the Atrocity Study Prevention Group of the Stimson Center, a Washington D.C. think tank that for 30 years has been developing strategies for urgent global issues. The Center is named for Henry L. Stimson, the American statesman, Secretary of State and Secretary of War during WWII who was one of the proponents of the Nuremburg Trials (incidentally, the New York State Bar Association awarded Groome the Henry Stimson and Elihu Root Award for Public Service) VDIJ uncouples victims’ quest for justice from the international community’s support (or lack of support) for justice addressing their victimization. VDIJ seeks to create a synergy between three legal concepts: The Right to Truth, Universal Jurisdiction and Private Prosecution. A summary of the idea can be found here.