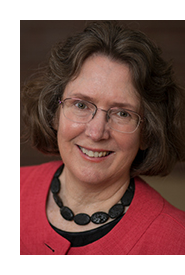 The March 2022 PMBR Roundtable was directed towards the chief regulation counsel in jurisdictions with smaller, rather than larger, lawyer populations. The Roundtable provided an opportunity for participants to learn about developments in other jurisdictions and ask questions of one another. Jurisdictions that have adopted required or voluntary PMBR programs include Illinois, Colorado, Iowa, New Mexico, and Wisconsin. Some of these jurisdictions, as well as legal malpractice carriers such as ALPS and LawPro, make their materials available to lawyers throughout the country.

Professor Terry was invited to participate in the March 2022 PMBR Roundtable because of her expertise in this area. Her work on proactive regulation was cited in the 2019 report that accompanied ABA Resolution 107 and her PMBR-related articles are listed on the ABA Center for Professional Responsibility’s PMBR webpage. Links to Professor Terry’s PMBR-related scholarship and service can be found in this Faculty Impact item.