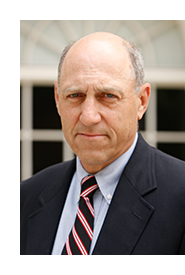 March 2021 — Penn State Dickinson Law Distinguished Fellow in Law and Government Stanley M. Brand was one of four experts invited to testify before the U.S. House of Representatives Committee on the Judiciary Subcommittee on the Constitution, Civil Rights, and Civil Liberties on March 11 about the constitutional framework for Congress’ ability to uphold standards of member conduct.

Brand’s testimony discussed the limits of the constitutional power of the House to expel and punish its members for misconduct and discussed several landmark Supreme Court cases interpreting that power.

“I was gratified to be asked to address this important subject that has received attention since the January 6, 2021, breach of the Capitol and any possible implications of that event for the powers of the House in this area,” said Brand.

Brand teaches courses on federal regulation and legislative practice, election law, sports and entertainment law, and government independent counsel, and he oversees Dickinson Law's Semester-in-Washington D.C. Program. He has served as general counsel to the House of Representatives, as special counsel to the House Committee on Standards of Official Conduct (now the Ethics Committee), and has represented scores of members of the House and Senate and executive branch officials in grand jury, inspectors general and ethics investigations.

Brand has published widely on constitutional and legal powers, and he has written for a variety of media and academic publications. He co-authored a leading text on congressional investigative power, Congressional Investigations and Oversight: Case Studies and Analysis (Carolina Academic Press, 2011), with Lance Cole, professor of law and director of the Center of Government Law and Public Policy Studies at Dickinson Law.

Brand earned his juris doctor from Georgetown University Law School and his bachelor of arts from Franklin & Marshall College.

Watch a recording of the testimony here.