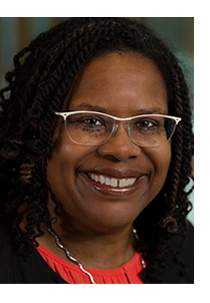 The Power List recognizes the most influential minority attorneys and allies in the nation. General counsel, managing partners, and law school deans as well as legal media and non-profit leaders compose the Lawyers of Colors fifth Power List. Additionally, the largest 350 law firms were surveyed and provided Lawyers of Color with the names of their attorneys of color who were managing partners or management committee members.

“As the first person of color and first woman to serve as dean of Dickinson Law, I am humbled to be among this year’s honorees,” said Conway. “Most important, I am proud to be aligned with organizations such as Lawyers of Color that share Dickinson Law’s mission to expand the diversity pipeline.”

Prior to her deanship at Dickinson Law, Conway—a leading expert in procurement law, entrepreneurship, and intellectual property law—served for four years as dean of the University of Maine School of Law where she launched the successful Maine Law PreLaw Undergraduate Scholars Program, now in its fourth year. The goal of the PreLaw Undergraduate Scholars Program is to bring more diversity to the legal profession in Maine and around the country. She also served for 14 years on the faculty of the University of Hawai'i at Mānoa, William S. Richardson School of Law, where she was the inaugural Michael J. Marks Distinguished Professor of Business Law. Before joining Maine Law, she was a member of the faculties at the Georgetown University Law Center and the University of Memphis Cecil C. Humphreys School of Law. She also served as a Fulbright Senior Scholar in Australia and later as Chair in Law at La Trobe University, Faculty of Law & Management.

At Dickinson Law, Conway continues her commitment to promoting diversity in the legal profession with the positioning of Dickinson Law as host to the Council on Legal Education Opportunity (CLEO) 2020 Pre-Law Summer Institute.

In 2016, Conway retired from the U.S. Army in the rank of lieutenant colonel after 27 years of combined active, reserve, and national guard service.