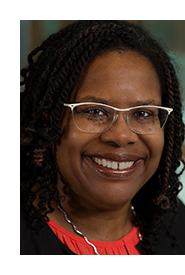 Dean Conway wrote an essay titled, “A Black Woman Dean Speaks About the Precarity of Leadership,” which she discussed as a Symposium panelist. A thread in the essay discusses this most recent era of racial reckoning during which we are confronting law and the legal academy’s complicity in scaffolding systemic inequity around what should be strong democratic structures.