TO STAUNCH THE PANDEMIC, WE MUST FIRST DIVEST POLICE OF THEIR IMMUNITY

June 2020 — The American populace now finds itself under siege by two contagions—a global virus and an epidemic of killings of black citizens at the hands of police. For the former, herd immunity is an indispensable element of the cure. Tragically, for the latter, immunity is a nefarious spreader of the disease. 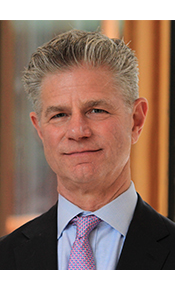 The killing of George Floyd is but the most recent in a spate of incomprehensible deaths of black men and women killed by law enforcement officers. All of us are called upon immediately to hear, understand, empathize, ally with, and offer solace to members of the black community for the cauldron of outrage, devastating hurt, anger, and fear. As lawyers and leaders, we bear the additional responsibility of assessing, without delay, the failure of the ordinary tools of the legal system to prevent and respond to these horrific acts of violence.

From the first days of law school, we teach an article of faith of our civil justice system: one way the law endeavors to deter harm to individuals—and compensate them for damages caused—is by holding responsible the person who, acting in violation of applicable legal norms, caused the injury. One would expect that this same precept would apply with added velocity when our most fundamental rights—those secured by the United States Constitution—are trammeled.

We are fast approaching the 150th anniversary of the landmark Civil Rights Act of 1871. Faced with a disturbingly similar neglect by state and local officials to respect the right to the equal protection of law enshrined in the recently-minted Fourteenth Amendment, the United States Congress passed what is now codified as 42 United States Code Section 1983. That statute provided a remedy that the Constitution did not supply, proclaiming without qualification that “every person” acting under color of state or local law who “subjects, or causes [a citizen] to be subjected” to a deprivation of rights secured by the Constitution, “shall be liable to the party injured in any action at law.” In a companion statute, Congress—finding the state courts to be an unreliable protectorate of civil liberties—assigned to the federal courts jurisdiction over this new cause of action (not until four years later did the Court enact general federal question jurisdiction).

The accountability for and deterrence of constitutional violations contemplated by Section 1983, however, has been undermined by the United States Supreme Court’s legislation of a qualified immunity defense for state and local officials sued for damages. Despite a) the absence of any language in Section 1983 prescribing immunity; b) the legislative instruction to broadly and liberally construe the statute to provide relief; and c) the act’s purpose to overcome deficiencies in the common law, the Court in 1967 ruled that Congress intended to allow officials to assert common law immunities as a defense to Section 1983 damage actions. That common law immunity, the Court then held, shelters police officers from liability when they violate the Constitution if they both a) subjectively acted in good faith, and b) objectively acted reasonably.

The constraint of precedent is at its zenith when the Court is interpreting a statute. Likewise, the Court’s role in statutory interpretation is limited to giving voice to the intent of Congress, as opposed to promoting judicial policy preferences. Nonetheless, in the 53 years since initially endorsing a qualified immunity, the Court has rewritten and expanded the defense. The Court abrogated the mandate that the officer subjectively act in good faith in order to avail him/herself of the immunity defense, finding the requirement incompatible with the goal of disposing of cases before trial—indeed before the onset of discovery. Inventing an unprecedented (and arguably unknowable) concept, the Court ultimately ordered that officers are immune as a matter of law whenever the constitutional right violated was not “clearly established,” no matter how unreasonable, reckless, or even malicious their actions.

The Court made no pretense of attributing expansion of the immunity to the common law, the avowed source of the immunity. (Parenthetically, the Court’s decisions fertilizing the immunity defense also contravened its interpretations of the Article III case and controversy requirement as well as self-limiting precedents barring adjudication of issues that were not raised in the lower courts and preserved for review). One of its stalwart conservatives, Justice Clarence Thomas, took note of the Court’s arrogation of legislative power in his 2017 concurrence in Ziglar v. Abbasi :

Because our analysis is no longer grounded in the common-law background against which Congress enacted the 1871 Act, we are no longer engaged in interpreting the intent of Congress in enacting the Act. Our qualified immunity precedents instead represent precisely the sort of freewheeling policy choices that we have previously disclaimed the power to make.

By the Court’s own admission, Section 1983 today provides a shield from liability for constitutional deprivations for all but “the plainly incompetent.” Even that assessment may be an overly rosy view of the vitality of Section 1983. The Court has repeatedly cautioned lower courts to be wary of denying immunity, instructing that to find a right to be clearly established, “existing precedent must have placed the . . . constitutional question beyond debate.” Unambiguous recognition of the legal status of the right will not suffice; rather, to clearly establish a right, existing precedent must “squarely govern” the specific facts at issue so that the officer was on notice that his or her particular conduct was violative of a constitutional right “in the situation [s/he] confronted.”

Because of the almost infinite variation in circumstances giving rise to police-citizen encounters, the Court’s qualified immunity jurisprudence particularly undermines accountability for the unconstitutional application of force by law enforcement officers. The Court has required almost a “lightning strikes twice” prerequisite to liability, ordering immunity by finding precedent cases were not sufficiently analogous factually to clearly establish the officer’s particular use of deadly force to be unconstitutional.

The Court summarily reversed denial of immunity to University of Arizona Police Officer Kisela, one of three officers who responded to a 911 call reporting a woman hacking a tree with a kitchen knife. Amy Hughes, who matched the description of the person allegedly hacking the tree, had emerged from the house carrying a kitchen knife at her side. Hughes—who it was later determined had a history of mental illness—was not suspected of any crime; stopped six feet shy of the woman who made the 911 call (her roommate); issued no verbal threat; and kept the knife at her side. While Hughes ignored the officer’s instruction to drop the knife, she appeared calm and content, with one of the officers later testifying that “it seemed as though Hughes didn’t even know we were there” and that “it was like she didn’t hear us almost.” Without warning, Officer Kisela dropped to the ground and shot Hughes four times from the other side of a chain link fence.

The Court likewise reversed the denial of immunity to Chadrin Mullenix in a Section 1983 excessive force case brought by the estate of Israel Leija, Jr. When officers attempted to serve a misdemeanor arrest warrant, Leija fled, leading the police on a 25-mile car chase. Other police officers, trained in the use of spiked strips to puncture the tires of a fleeing car (including how to take a defensive position to minimize the risk of harm to the officers), set up strips in three locations. Mullenix drove to an overpass and, while not trained in or having used the tactic, decided he would try to disable Leija’s car by shooting at the vehicle. Mullenix radioed to ask his supervisor if shooting to disable the car was worth doing; before receiving an answer, Mullenix assumed a shooting position on the overpass. Through the darkness, with Leija’s car within thirty yards of the spike strips, Mullenix fired six shots. While none of the shots hit the engine block of the car, four struck Leija in the upper body, killing him.

The Kisela and Mullenix cases are part of what Justice Sotamayor has termed “a disturbing trend regarding the use of this Court’s resources. We have not hesitated to summarily reverse courts for wrongly denying officers the protection of qualified immunity in cases involving the use of force. But we rarely intervene where courts wrongly afford officers the benefit of qualified immunity in these same cases.” (citations omitted).

Unlike COVID-19, the vaccine to slow the propagation of unconstitutional deadly force fostered by the Court’s sweeping qualified immunity defense is known and can be manufactured immediately. Just as it acted expeditiously with interim funding to staunch the deleterious economic effects of the tsunami of the coronavirus, Congress can begin to ameliorate the catastrophic consequences of police use of unreasonable force against black individuals through a one sentence amendment to Section 1983: “Law enforcement officials may not assert an immunity defense in actions for damages alleging deprivations of constitutional rights arising out of the unreasonable use of force.”

The proposed legislative vaccine admittedly is a far cry from a more comprehensive cure that will inoculate citizens of color from suffering future deaths at the hands of the police. Just as the anxiously awaited vaccine for COVID-19 will not erase all the inequities that have caused persons of color to die and suffer disproportionately from the virus, giving a fuller remedial voice to Section 1983 will not be a panacea for the myriad historical, systematic, and societal influences that result in black Americans suffering discrimination in the application and enforcement of laws. But that is no reason to hesitate to bend the arc of the moral universe towards justice, saving lives by aligning individual accountability for violation of the charter of our most sacred liberties with the foundational legal precept that applies to the most routine of personal injuries.

Afterword: On Monday, June 8, Democrats in Congress introduced the Justice in Policing Act of 2020, a 132 page bill designed “to hold law enforcement accountable for misconduct in court, improve transparency through data collection, and reform police training and policies.” Section 102 of the bill, titled “Qualified Immunity Reform,” amends 42 U.S.C. 1983 to deny the defense of immunity to state and local law enforcement officers and state correctional officials. White House Press Secretary Kayleigh McEnany labeled the proposal to abrogate qualified immunity a “nonstarter.” In an interview with CBS News, Attorney General William Barr indicated his opposition to reducing immunity of police officers when someone dies in their custody, opining that such a change would “result certainly in police pulling back.”