July 2021 — Professor Amy C. Gaudion presented her work-in-progress “Shifting the Oversight Lens to Reform the U.S. Government’s Vulnerabilities Equities Process” at the 2021 Annual Conference of the Southeastern Association of Law Schools. Her work was featured in the Administrative Law Works-in-Progress panel on July 30, 2021.

The Vulnerabilities Equities Process (VEP) guides the decision-making process when the United States government discovers exploitable weaknesses, or vulnerabilities, in information systems. It is the process by which the government decides 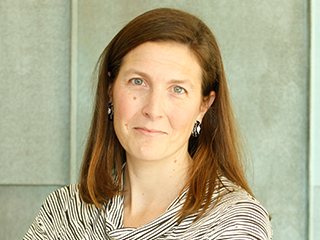 whether to disclose the security flaws it discovers or to keep the flaws secret for national security, intelligence, or law enforcement purposes. Since its inception, scholars, journalists, and former government officials have warned of the VEP’s limitations, loopholes, and the need for oversight. Despite these warnings, the VEP has remained a policy in the shadows. A confluence of recent events, however, has created a window of opportunity for substantive review and meaningful reform of this little-known but consequential policy.