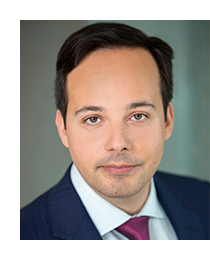 The National Judicial College, which is based in Reno, Nevada, is a non-profit that specializes in teaching judges:

“Created more than a half-century ago at the recommendation of a U.S. Supreme Court justice, The National Judicial College remains the only educational institution in the United States that teaches courtroom skills to judges of all types from all over the country, Indian Country and abroad. The categories of judges served by this nonprofit and nonpartisan institution, based in Reno, Nevada, since 1964, decide more than 95 percent of the cases in the United States.”

In addition to his decade of litigation experience and his prior publications, including a treatise on appellate law and practice, Professor Blasie has added a focus on judicial writing to his portfolio. Within one week of submitting his application, the College recruited Professor Blasie to teach part of a class for the Department of Health and Human Services’ Appeals Board.

Professor Michael A. Blasie is an Assistant Professor of Law at Penn State Dickinson Law. His teaching and research interests include legal research and writing, legal standards, appellate advocacy, plain language, legislative drafting, and judicial writing. Prior to joining Dickinson Law, Professor Blasie served as a judicial clerk for the Honorable David J. Richman of the Colorado Court of Appeals in Denver. Professor Blaise’s professional experiences also includes serving as staff counsel for Wheeler Trigg O’Donnell LLP, where he drafted over 150 motions, briefs, and research memos as the research and writing arm of trial and appellate teams in insurance, professional liability, class action, products liability, and mass tort cases. He began his legal career as a commercial litigator and criminal defense attorney in the New York City office of Cooley LLP, and also served as a volunteer attorney for the Legal Aid Society in New York City. Professor Blasie’s publications include a seventeen-part legal writing series for the Colorado Bar Association and a co-authored treatise on Colorado Appellate Law and Practice. His scholarship focuses on persuasive writing and the phrasing of legal standards. He has published his scholarship in the New York University Annual Survey of American Law and the DePaul Law Review. While a law student at the New York University School of Law, Professor Blasie served as editor of Development of the New York University Annual Survey of American Law and was a semi-finalist in the Marden Moot Court Competition.