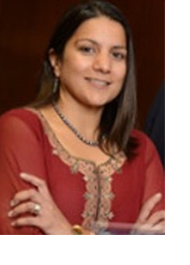 Malhotra-Ortiz was owner and managing attorney of a solo practice specializing in small businesses, immigration and family law. She is past chair of the Maryland State Bar Association’s Alternative Dispute Resolution Section, a roster mediator for the U.S. Institute for Environmental Conflict Resolution, board member of Free State Justice (2015-current), and past president of the LGBT Bar Association of Maryland where she chaired the judicial nomination committee. Malhotra-Ortiz has mediated over 1,800 disputes including business, domestic relations, estates, multiple-party environmental conflicts, products liability, real property, tax, worker’s compensation and zoning.  She has served as counsel in over 200 matters in both state and federal forums.