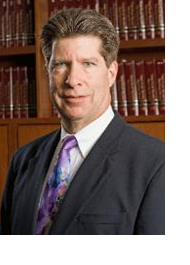 Since 1997 he has been an adjunct instructor of trial advocacy at Penn State Dickinson Law. There he teaches young lawyers trial tactics and courtroom skills including direct and cross-examination of witnesses, such as IME doctors. He was named to the Order of the Barristers and has been a Pennsylvania Super Lawyer for Workers’ Compensation.

Frommer’s commitment to helping clients is reflected in the free legal service he provides in his community. He has received the Pennsylvania Bar Association’s Pro Bono Award three times and has twice been named the Dauphin County Bar Association’s Pro Bono Lawyer of the Year. He has served two terms by appointment of the Pennsylvania Supreme Court as a Disciplinary Hearing Committee Member where he heard cases involving lawyer misconduct. He continues to lecture on current workers’ compensation topics throughout the Commonwealth.