(Carlisle, Pa.) – Bestselling author and scholar of history and international relations Ibram X. Kendi will discuss ways to understand, explain and solve the seemingly intractable problems of racial inequality and injustice during a lecture at Dickinson College. His talk, “How to Be an Antiracist,” will take place Thursday, February 6, at 7 p.m. in the Anita Tuvin Schlechter (ATS) Auditorium, 360 W. Louther St., Carlisle. Dickinson Law is sponsoring the event with the Clarke Forum for Contemporary Issues. It is free to attend and open to the public. A book sale and signing will follow. 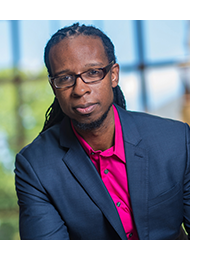 In this deeply personal and empowering lecture drawing from his book of the same name, Kendi shifts the discussion from how not to be racist to how to be actively antiracist. By weaving together ethics, history, law, science and his own experiences, he will scrutinize deeply held beliefs and reexamine policies and larger social arrangements. Through his lecture, Kendi will empower audience members to go beyond an awareness of racism to the next step of contributing to the formation of a just and equitable society.

Kendi is professor of history and international relations and the founding director of the Antiracist Research and Policy Center at American University. He is a contributing writer at The Atlantic and is a frequent public speaker. He is the author “Stamped from the Beginning: The Definitive History of Racist Ideas in America,” which won the National Book Award for nonfiction in 2016, and “The Black Campus Movement: Black Students and the Racial Reconstitution of Higher Education, 1965-1972,” which won the W.E.B. DuBois Book Prize. His opinion pieces have been published in numerous publications, such as The New York Times, The Washington Post and The Guardian.