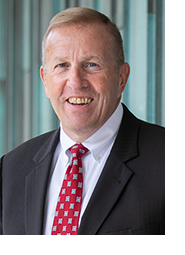 Hubert X. Gilroy has practiced law in Carlisle, PA, for 35 years and is a shareholder with Martson Law Offices. His varied practice encompasses business, real estate, land use, municipal, estate planning, family law, and more. His litigation experience includes million dollar personal injury cases, complex land use controversies, constitutional and statutory interpretation disputes, and criminal matters ranging from DUI to capital homicide trials. He is a Certified Mediator for the Federal Middle District Court, serves as Custody Conciliator for Cumberland County, and is routinely retained as a mediator by counsel in central Pennsylvania. Mr. Gilroy has been the coach for the The Dickinson Schools of Law of the Pennsylvania State University National Trial Moot Court Team since 2000. His teams have claimed two Regional Championships with two of his students awarded Best Advocate at the regional competition.

Mr. Gilroy was an elected alumni member of the Board of Governors of The Dickinson School of Law and is an appointed member of the Dickinson Law Association. He is a former Board member and President of the Carlisle Family YMCA, a former member of the Cumberland County DUI Advisory Board, and was the 2002 recipient of the Norman Cohn Hope Award from the National Multiple Sclerosis Society, Central Pennsylvania Chapter. He is the first-ever recipient (2009) of the Cumberland County Bar Association’s “Stuart Award,” presented in recognition of his outstanding dedication and devotion to the Cumberland County region and community. In 2006, Mr. Gilroy received the Molly Pitcher Award and was recognized as Citizen of the Year for the Carlisle area by the Carlisle Exchange Club.