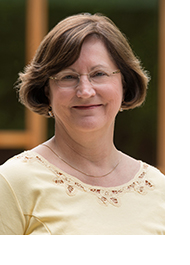 “There's a Competency for That! Standards for the Successful Researcher,” 18 AALL Spectrum (with Mary Jenkins, March 4, 2014)