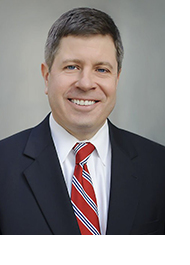 Fran Chardo serves as District Attorney of Dauphin County, having been appointed by the Court of Common Pleas in January 2018. He has served as a prosecutor for 25 years, handling prosecutions of murders and other violent felonies and grand jury investigations. Chardo is board certified in criminal trial advocacy by the National Board of Trial Advocacy. Chardo previously served as board president of the Boys and Girls Club of Harrisburg and the Capital Region Unit of the American Cancer Society. He currently serves on the board of trustees of Dauphin County Library System and as president of the Honorable William W. Lipsitt American Inn of Court.