Honorable Sylvia H. Rambo Award
The Rambo Award was introduced in 1993 by the Women’s Law Caucus to honor its first recipient, Sylvia H. Rambo, a 1962 graduate of the Law School and the first woman to serve as chief judge of the U.S. District Court for the Middle District of Pennsylvania. Each year, the WLC honors a female in the legal profession who has had a distinguished career and who, by example, has made the professional success of other women more likely. 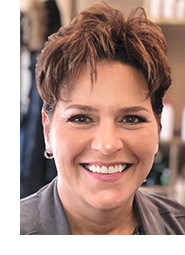 “I applaud the Women’s Law Caucus for honoring Noreen Tama with this year’s award,” said Judge Rambo. “Her distinguished career and many contributions to her local community, as well as to the Law School, are most deserving of recognition. Ms. Tama’s commitment to serving as a mentor to law students undoubtedly helped pave the way for recent graduates like Alexia Tomlinson and Erin Varley to forge their own impactful careers in the law.”

Since Tama’s retirement, she has served as the in-house legal advisor to All Sober, Public Benefit Corporation, which provides persons suffering from substance use disorder and their loved ones with connections, information, and resources to assist their journey through recovery into sober life. During her time at Exxon Mobil, Tama provided legal advice on various issues related to the trading, distribution, and marketing of refined petroleum products. She was an active participant in the ExxonMobil Women’s Interest Network Mentoring Program and Law Mentoring Program. Prior to her work at ExxonMobil, she was an associate with the Washington, D.C. law firm of Van Ness, Feldman, PC and served as general counsel to the Institute for Clinical Information.

She has provided pro bono legal assistance to Fairfax County, Virginia victims of domestic violence in obtaining protective orders against their abusers, and has participated in Legal Services of Northern Virginia Attorney of the Day Program, Catholic Charities of Houston's Citizenship and Wills Workshops, and with the Mid Atlantic Innocence Project. She has volunteered at The Inova Fairfax Women’s Hospital, the American Heart Association’s Go Red for Women, the Montgomery County (Texas) Animal Shelter, and the St. Isadore Abundant Harvest Community Food Truck.

Recent Alumna Award
Created in 2020 by the WLC, the Recent Alumna Award recognizes a graduate of Dickinson Law within the last 10 years who was exceptionally dedicated to the Law School while a student or is exceptionally dedicated to her current work, a pioneer in her respective field, or someone who completed an extraordinary event while a law student, and who promotes encouragement of women in the legal field.

Among Tomlinson’s and Varley’s many accomplishments while students at Dickinson Law—and one of the reasons why they were named joint recipients of the award—include their significant role in working closely with Professor of Law Dermot Groome to develop the Female Genital Mutilation (FGM) Legislation Project, which drafted and advocated for FGM legislation in Pennsylvania and FGM protections internationally.

“From their very first year, and based on the volunteer projects they undertook, it was clear to me that both Ms. Varley and Ms. Tomlinson would achieve great things as lawyers,” said Groome. “Not content to wait until they graduated, they organized an international conference on FGM at Dickinson Law that was attended by prominent doctors, lawyers, and advocates from around the world. They organized a cohort of students to research and draft comprehensive legislation that prohibited the practice and provided support for young girls at risk. My proudest moment as a professor was when I watched them advocate for their bill at the statehouse.” 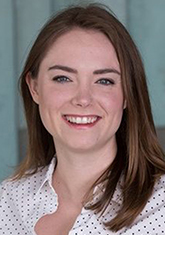 As a Justice for Victims Fellow for the Institute to Address Commercial Sexual Exploitation at Villanova Law, Tomlinson provides direct legal representation to victims and survivors of commercial sexual exploitation and sex trafficking. Tomlinson focuses her practice on the pursuit of post-conviction relief, including vacatur and expungement. In addition, she regularly spends time at the Salvation Army’s New Day Drop-In Center for women in Kensington, where she provides critical Know Your Rights information, conducts legal triage, and gathers data about the legal needs and challenges that victims of commercial sexual exploitation face. Prior to joining the Institute, Tomlinson clerked for The Honorable Jeffery D. Wright in Lancaster, Pennsylvania, working on both civil and criminal matters. In this position, she also served as a member of the Lancaster County Veterans Treatment Court.

During her time as a law student, Tomlinson completed internships at the International Criminal Tribunal for the Former Yugoslavia in The Hague, Church World Service Immigration and Refugee Program in Washington, D.C., and with St. Andrew’s Refugee Service in Cairo. She completed pro bono work for the Bethesda Mission Legal Clinic, was a certified student volunteer for the Volunteer Income Tax Assistance Program and was a member of a variety of student organizations. 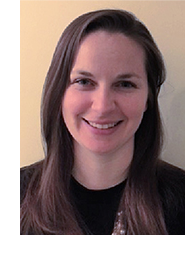 Varley has prosecuted misdemeanor and felony offenses, including homicides, sexual crimes, and other violent offenses as a Dauphin County Deputy District Attorney. In addition to serving on a general trial team, she is a prosecutor in the Child Abuse/Sexual Assault Unit and Human Trafficking Unit. Varley implemented and directs the Mental Illness Substance Abuse (MISA) program, a diversionary program that identifies proper treatment programs and non-incarceration solutions for individuals with serious mental illnesses. In the two years of the program's existence, MISA has reduced participant recidivism rates by approximately 70% percent while significantly decreasing participant incarceration rates.

Varley assists law enforcement with a variety of investigations, including "Operation Hill Fire," a year-long wiretap investigation into organized narcotics and firearms trafficking in the Harrisburg area. She also teaches Criminal Law and Criminal Procedure as an adjunct professor at Harrisburg Area Community College.

A list of past Rambo Award recipients is available online.