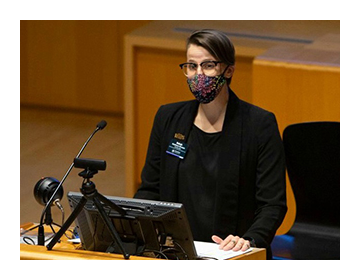 December 2020 — In recognition of the work that Associate Dean of Admissions and Financial Aid Bekah Saidman-Krauss has done for the legal academy, she has been nominated and approved to serve on the AALS Section on PreLegal Education and Admission to Law School’s 2021-22 Executive Committee. As a member of the Executive Committee, Saidman-Krauss will serve as chairperson of the Standing Nomination Committee.