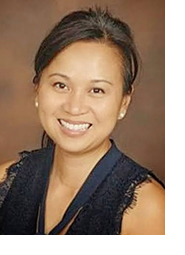 Katie Dang has served in the U.S. Army Judge Advocate General’s (JAG) Corps for over ten years, six of which were on active duty. Her military law experience includes briefing and advising commanders at the most senior levels on all matters of ethics, military administrative, and military justice law. As a judge advocate, she was also appointed as a Special Assistant U.S. Attorney in the Western District of Washington to refer and prosecute crimes occurring within the territorial and maritime jurisdiction of Joint Base Lewis-McChord in Washington State. Currently a Major in the U.S. Army Reserve, she recently mobilized onto active duty to serve as the Command Judge Advocate for the U.S. Army War College in Carlisle, PA. As Command Judge Advocate, she advised on complex legal issues involving ethics, fiscal law, privacy, employment law, and command authority arising out of the tumultuous COVID-19 pandemic.