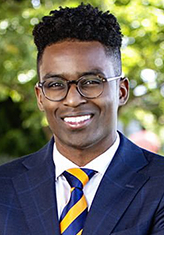 Triston “Chase” O’Savio is a member of McNees Wallace & Nurick LLC's Labor & Employment Practice Group. O'Savio previously served as a federal judicial law clerk to the Honorable Judge James M. Munley in the Middle District of Pennsylvania. While earning his law degree from Dickinson Law, he served as President of the Moot Court Board and founded Dickinson Law’s O’Savio Moot Court Competition, which is now an annual event. He competed on the National Trial Team, where he was inducted into The Order of Barristers and was awarded the Joseph T. McDonald Scholarship. O'Savio earned his undergraduate degree from Dickinson College, majoring in economics.