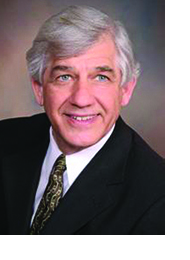 In 2001, Samuel W. Milkes began serving as the executive director of Pennsylvania Legal Aid Network, Inc. (PLAN), the umbrella for the statewide civil legal aid system. In this position, he advocated for funding and support from the Pennsylvania General Assembly and generally oversaw the training department and the Martin Luther King, Jr. Internship and Fellowship Department During his tenure at PLAN, Inc. the program was successful at playing a major role in the passage of the Access to Justice Act and its amendments, bills which provide an additional mechanism for helping to fund civil legal aid through filing fee surcharges.

Professor Milkes also takes part in partnership opportunities among civil legal aid programs, the private bar and the Courts. Previously he was Executive Director of Central Pennsylvania Legal Services from 1988 to 1992, Deputy Director of Legal Services, Inc. from 1983 to 1988, and he was part-time Executive Director of the Community Justice Project from 1993 to 2001. He was an Assistant Public Defender in Cumberland County for ten years while also in private practice. Milkes has litigated many cases, including hundreds of Protection from Abuse cases, many public benefits and housing cases, and he has litigated impact cases, including one that resulted in construction of a new county prison in Cumberland County and one that resulted in a Third Circuit decision, establishing a right to engage in discovery in a Social Security Disability denial, which he claimed was due to bias. Professor Milkes writes on and trains on a number of topics, including ethical handling of pro bono cases and access to justice topics.