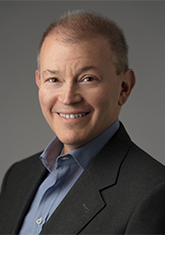 Mitchell Feuer is founding principal of Rich Feuer Anderson. He has been named multiple times a “Top Lobbyist” by The Hill.

Prior to starting Rich Feuer Anderson, Feuer was vice president, Government and Regulatory Affairs, in the Washington, D.C. office of Reuters America Inc. and Instinet. Feuer helped set Reuters' legislative and regulatory strategy in the U.S., including identifying legislative and regulatory issues of interest, and advocating the company's views. He focused on electronic trading of securities and other financial products, the consolidation and dissemination of market information, trade issues, tax issues, intellectual property, and electronic commerce. Prior to his government service, Feuer was a securities litigation attorney in the Washington, D.C. office of Debevoise & Plimpton.

From 1991 to 1999, Feuer was counsel to the Senate Banking Committee. He served as chief adviser to Democratic Senators on securities issues, and drafted and negotiated major pieces of financial services legislation, including the Gramm-Leach-Bliley Act of 1999. He formulated and organized Committee hearings, drafted letters to Federal financial regulators, and wrote speeches, among other duties.

In 1997 and 1998, Feuer taught Securities Regulation as an adjunct at American University's Washington College of Law. He developed a curriculum on the legal and policy background and development of the Federal securities laws.