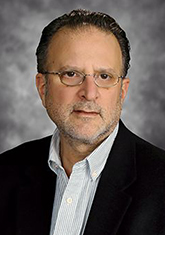 Michael Finio is a partner at Saul Ewing LLP. He works on commercial and business matters involving commercial transactions and complex litigation, with a special focus on antitrust and trade regulation counseling and litigation. He is also involved in antitrust counseling, litigation and filling as the Business Department's liaison for the Hart-Scott-Rodino Premerger Notification Act filings. Finio has also represented clients in major antitrust and consumer protection investigations conducted by the Federal Trade Commission, the. U.S. Department of Justice and the Pennsylvania Attorney General. In these investigations, he has coordinated responses to civil investigative demands, attended formal and informal interrogations in industry competition investigations connected to pending merger approvals, negotiated consent decrees and handled litigation when compromise could not be reached.

His legal career began in government as Chief Counsel to the Inspector General of the Commonwealth of Pennsylvania, where he spent two years supervising an investigative staff and conducting internal investigations of matters involving fraud, waste, and abuse in state governmental operations and contracting, reporting to the Inspector General, the Governor and the Governor's General Counsel. He then became a Deputy Attorney General in the Antitrust Section of the Pennsylvania Office of Attorney General, where Michael coordinated and conducted antitrust investigations and litigation with the U.S. Department of Justice, other states' Attorneys General and the National Association of Attorneys General. His antitrust work included criminal and civil matters and merger enforcement.