Meet a Few of Our LL.M. Program Alumni 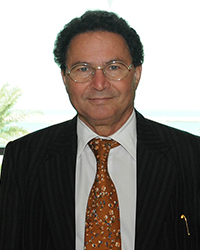 Dr. Ahcene Boulesbaa took the recommendation of his English language professor at Boston University to attend Dickinson Law due to its history as the oldest law school in Pennsylvania and its small size, which allowed him to develop close academic and social relationships with the legal community.

“Upon joining Dickinson Law, I really found what I was looking for. The environment was so friendly and welcoming. The late Professor Joseph B. Kelly was the foreign students’ advisor. He was a great academic and personal mentor. I took with him four courses, including my thesis on Contract Law in the Civil and Common Law systems, which propelled the launch of my career to earn a second LL.M. degree and a Ph.D. in International Law.”

In addition to earning two law degrees, Boulesbaa published various law articles in established law journals, including Human Rights Quarterly, Georgetown Immigration Law Journal, and in a book about the United Nations Convention Against Torture and the Prospects for Enforcement. He also served as professor of international law at UAE University Law School for several years, and as adjunct professor at University of Sharjah Law School UAE where he taught international law, administrative law, and legal terminology.

Boulesbaa practiced in an advisory capacity with Ports and Customs of Dubai for many years and managed the Legislations and Legal Studies. He also worked at Salans International Law Firm. 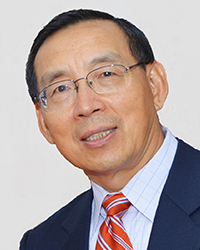 Dickinson Law was the first school Chen attended in the U.S. “I lived and studied alongside American students; all were very friendly and helped me feel at home. The student body was very collaborative; we helped each other with our studies. The American students also helped me a lot in daily life: for example, I had no car, and they drove me to buy groceries before they helped me buy my own bicycle. Our professors were likewise supportive. I have so many warm and beautiful memories from my time at Dickinson Law.”

“The U.S. is a country that follows the common law system, which is different from the civil law system in other countries—including China, where I learned civil law when I first began my legal studies. My LL.M. motivated me to continue studying and practicing common law, eventually culminating in my earning my J.D.”

Chen is admitted to the bars of New York State, the United States Supreme Court, and the United States Court of International Trade. He is qualified for the Bar of the People’s Republic of China. From 2012 to 2015, he served as the General Counsel for China General Chamber of Commerce USA (CGCC), the largest trade association of Chinese companies in the United States. He is currently a member of the Legal Counsel Committee of CGCC. He was selected as a New York Metro “Super Lawyer” in Business/Corporate Law by Thomson Reuters from 2012-2017. 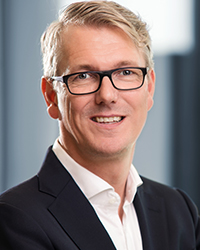 When I decided to go to the U.S. for my LL.M. studies, my goal was to get a better understanding of the differences in approach and thinking between common and civil law and lawyers. The LL.M Program offered at Dickinson Law was a good match since it provided not only an academic view, but also a practical view on a variety of legal matters that I was interested in. I met lots of new friends from the U.S. and beyond, enjoyed being part of the Law School’s community, and attended lots of extracurricular events at the Law School and at neighboring Dickinson College. I learned a lot about trans-atlantic differences and what we have in common. 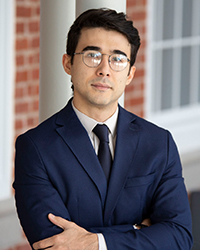 Mekan Karayev ‘20 wanted to obtain his Master of Laws (LL.M.) in the United States after studying law as an undergraduate student at the Saint-Petersburg State Agrarian University in Russia and teaching at the International University for Humanities and Development in Turkmenistan.

At the urging of a friend, he applied for a Fulbright Scholarship and was one of the few to be selected for this prestigious award. In choosing a law school at which to spend his year as a Fulbright, he wanted to avoid places that have programs so large that he would feel like a nameless face in the crowd.

He found Penn State Dickinson Law had the small classes he wanted, along with an ideal location in a small town near Washington, D.C.

“The biggest surprise was the fact that professors here actually have the time and are actively willing to help out and give advice,” he says. “Back in my law school, you were lucky if you could ‘catch’ a professor to discuss something from the course or have some advice on a paper.”

Dickinson Law’s one-year LL.M. program is open to students who already hold a terminal law degree. They usually come to learn more about U.S. law generally, gain knowledge about a particular subject to bring back to their country, or prepare to take the American bar exam. Karayev is one of nine international students who will graduate from Dickinson Law’s LL.M. program this spring.

Alumni of the LL.M. program have gone on to take high positions in government and serve on courts, including one who is a minister of justice. Karayev says his future likely lies in academia. He is interested in international human rights and investment transactions and is looking to move to a Canadian university next. 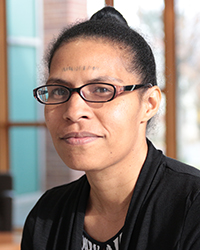 Siniu’s goal after earning her LL.M. was to join a national intelligence organization dealing with anti-money laundering and counter-terrorism financing. While completing her studies at Dickinson Law, she received an employment offer she couldn’t refuse. Today, Siniu works in the Department of Justice and Attorney General, Legal Policy and Governance Branch in Papua New Guinea, where she focuses on anti-money laundering and terrorism financing.

“Being a new student here was a challenge, but experiencing first-hand the assistance and support from the staff, and the professors taking time to know me was reassuring and speaks volumes about the Dickinson Law community. The exposure to the different practices of law and concepts taught by the professors was valuable and practical. This exposure was relevant to my career plan, which revolved around counter-terrorism and money laundering, and gave me the confidence to pursue it.”

Siniu was inspired by the quality and high teaching standards of the professors in their respective fields, as well as their professional approach towards students.

“Dickinson Law is unique and embraces a wide variety of backgrounds and diverse cultures. This is a great place to boost your legal career.”

Prior to attending Dickinson Law, Siniu was a legal officer in the Proceeds of Crime and International Crime Cooperation Unit in the Office of the Public Prosecutor in Papua New Guinea.