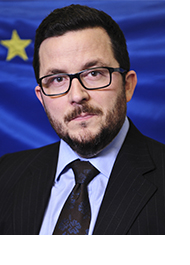 Mettraux is currently writing a multi-volume treatise on International Criminal Law for Oxford University Press. Law students, working under Mettraux’s supervision, have the opportunity to provide research assistance on the OUP treatise.

Mettraux holds a law degree from the University of Lausanne in Switzerland, an LL.M. in International Law from University College London, and a Ph.D. from London School of Economics and Political Science. He has published extensively in the field of international criminal law.