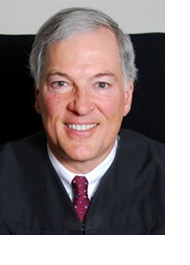 The Hon. Christopher C. Conner sits on the U.S. District Court for the Middle District of Pennsylvania. Nominated by President George W. Bush, he was confirmed by the U.S. Senate on July 26, 2002. On September 1, 2013, he became Chief Judge of the District. Prior to taking his seat on the Federal Bench, Chief Judge Conner practiced with the Harrisburg law firm of Mette, Evans and Woodside, where he headed the firm’s Corporate and Commercial Litigation Department from 1995 to 2002.